Vita: “Its not only about the talent”

Safe Cycling AS had a chance to catch-up with "two times Norwegian Road Champion" in Individual Time Trial and Road Race champion Vita Heine. It was a pleasure to sit down with Vita and to get to know her little more, to hear her thoughts and opinion about mobile warning sign, and her expectations about 2017 UCI Road World Championships in Bergen, Norway.

Vita Heine is representing local cycling club called "Bergen CK" and professional cycling team called "Team Hitec Products". She is one of those athletes, who believes in hard work and sets high goals and ambitions. This year Vita has gotten a huge improvements, mostly because of her hard work with Aerodynamics training. As well, she has gathered information from other world class riders to become a better rider.

We asked Vita to share some of her biggest moments so far in her cyclist carrier. "I was very proud last year when I won both – Individual Time Trial and Road Race in Norwegian Championship. But at the same time, there are many other races where I didn’t get good result but I was there together with the best riders in the world in some hilly races, that made me really proud of myself. But maybe at the end, I didn’t get the good result, but I was proud." 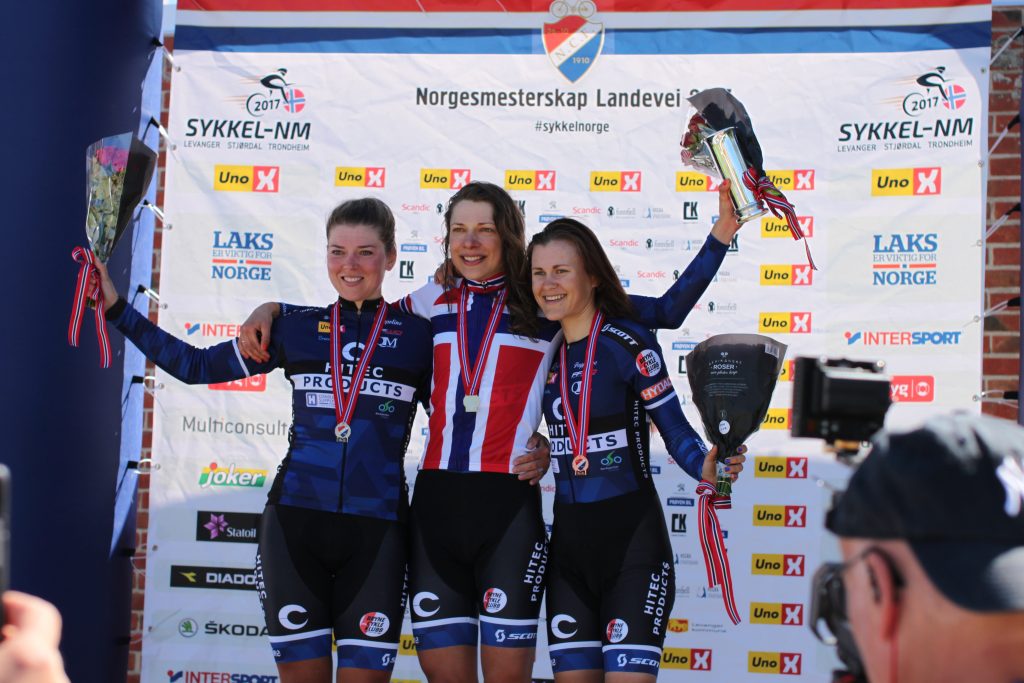 We introduced Vita to mobile warning sign. Her short comment about it - "This sounds like a very great idea. I think, in some cases you can use your product instead of persons. But in other cases, it is a good supplement to the human guards in the course. So, it sounds very good idea. And everything that makes a race safer, is good for cycling, good for us riders. There has been so many risky situations and we all wanted to be more safe."

"And of course, Islands in the middle, they are quite dangerous and almost every race, there is at least one person who crushes on those Islands. It’s just happens. I think putting some signs for sure would increase safety."

Vita was asked about her goals for 2017 UCI Road World Championships in Bergen."I want to participate in both – Time Trial and Road Race. And in Time Trial my goal is Top 10 and Road Race, I have previously said – medal. But its also something between Top 10 and medal. My goal is medal, but I have to be realistic and look at it after while, how far I come with my training and how it’s going."

Do you feel a little pressure on yourself, since the Championships are happening in your home city? "Yes, it’s a little pressure. But sometimes we put a lot of pressure on ourselves. But it’s going to be hard race. One thing that I noticed in Olympic games, was that, if some riders were good in some of the big races, then in Olympics they were even better. Everyone was so much better than I have seen them. Everyone is getting well prepared for that day, so it’s going to be hard."