Sindre: “I am living my dream!”

"Safe Cycling AS" had a great opportunity to sit down with Sindre Skjøstad Lunke, to hear little bit about himself, his thoughts and impressions about Giro d`Italia and his opinion about mobile warning sign usage in cycling races.

Sindre Skjøstad Lunke was born in Stokmarknes in North of Norway, but his current home town is Trondheim. With his busy schedule as a pro-cyclist, he is spending a lot of time traveling around the world with his Team Sunweb and home visits for him is very special.

“When you reach some small goals, you set new goals. For me it is really big to do Grand Tours, I have done two now and next step is to win a stage in Grand Tour.”

He is one of those riders who gets inspired by traveling around the world, discovering new places and enjoying a lot of beautiful nature outside the bigger cities. Ability to race and compete in the highest level with the best riders in the world, is something that motivates him to put hard work in the practices and to do his best in every single race.

“Right now, I am really happy to be part of Team Sunweb, which is world tour team and do a lot of good races. And I hope I can do it for long time. Because now, I AM LIVING MY DREAM.” 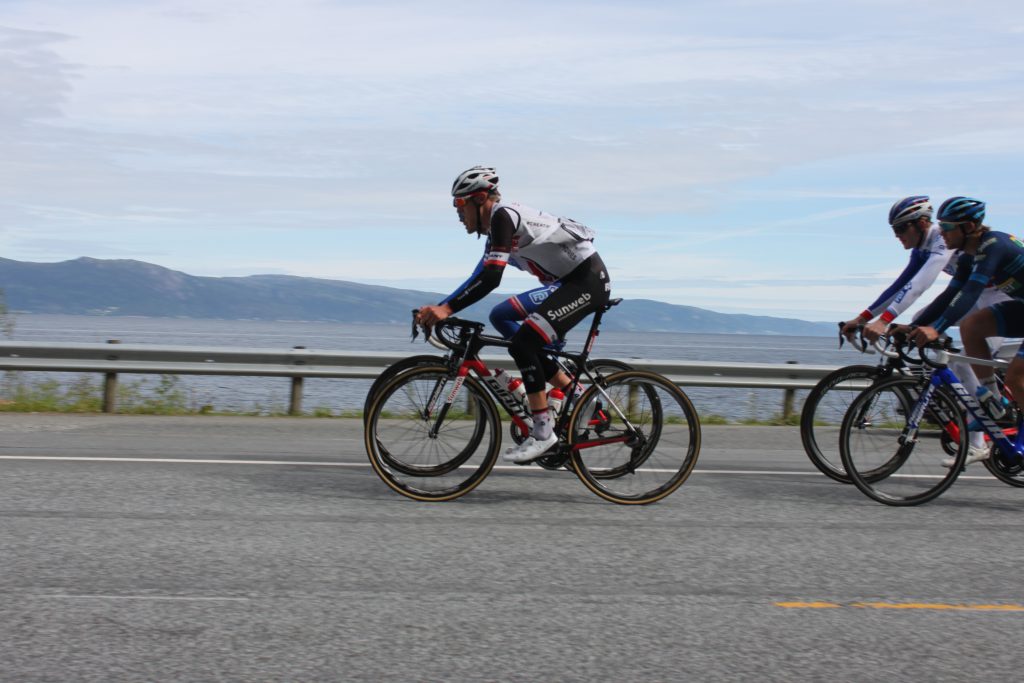 Sindre shared with us his experience and emotions from Giro d`Italia 2017. “The Giro was three good weeks and it was really cool experience. I came in to the Giro a bit sick and I had a stomach virus, so I was really suffering first days until the rest day. And then I got better and better. So, after that, I also got a bit soar throat, but I still had my form and shape, so I could do good work for Tom Dumoulin. When he got the leaders jersey, we kept calm as a team, we were the same even after he got the jersey and we had the same role and relaxed atmosphere. We kept calm and enjoyed it actually. It is really nice to see that nice guy like Tom can take the victory in such a hard Grand Tour.”

“It was really amazing actually, we came to finish line and went to the bus and started to celebrate.  We were watching Tom, to get nerves a bit down and when he took it, it was amazing feeling to go to podium to lift him up and see all the spectators. I think I will never forget it.”

By introducing Sindre to mobile warning sign, his first impression was very positive. “Yeah, I think so. Because cycling, have a lot of old fashion stuff, for example, they hold on to the things they did 10 years ago and they still do it. I also think that, it is good to improve on safety and signs, to make it more modern, like we live now in 2017 and to keep developing new things. I think it’s definitely a good thing."

"It’s never too less safety. And I think it’s really good, if you try to develop a product and always focus on safety for riders, because now it’s more and more accidents, so it’s a definitely a good thing to do.”

As well, Sindre mentioned a lot of motorbikes and unnecessary cars, who can cause ugly accidents during the race. “When they are passing the peloton, it is too much cars and motorbikes. You have enough service cars already. When its small roads and stressful moments and security motorbike must go through, it is too dangerous and a lot of times you also see them crush. I hope it can be reduced in the future.”