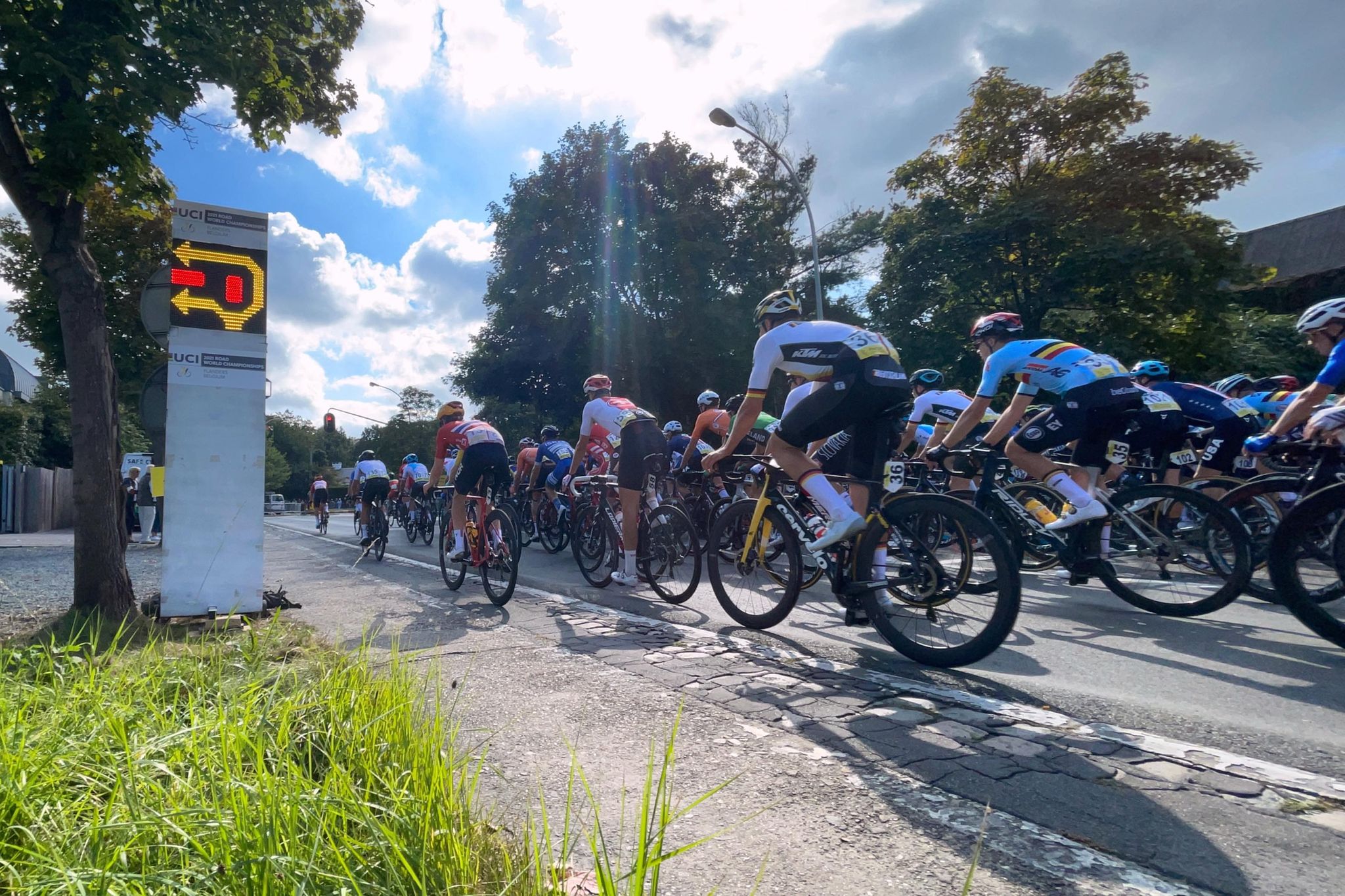 Now its time for the big one! The UCI Road World Championships Elite Men’s Road Race is a one-day event for professional cyclists that takes place annually. The winner is considered the World Cycling Champion (or World Road Cycling Champion) and earns the right to wear the Rainbow Jersey for a full year in road race or stage events. The event is a single ‘mass start’ road race. The road race is contested by riders organized by national cycling teams as opposed to commercially sponsored or trade teams, which is the standard in professional cycling. 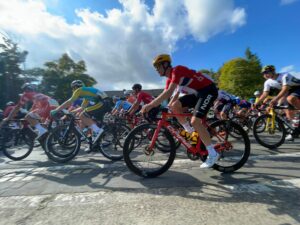 The first professional World Cycling Championship took place in 1927 at the Nürburgring in Germany and was won by Alfredo Binda, of Italy. This year’s event marks the 88th edition of the race. In recent years, the race is held towards the end of the European season, usually following the Vuelta a España. The event can be held over either a relatively flat course which favours cycling sprinters or over a hilly course which favors more of a climbing specialist or all-round type of cyclist. The World Cycling Championship, along with the Tour de France, and the Giro d’Italia, forms the Triple Crown of Cycling. 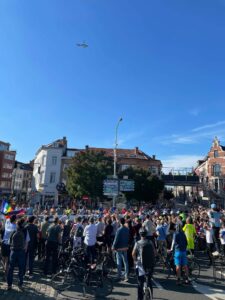 This year the World championship was held in Belgium (Flanders) and what an incredible atmosphere the Belgium crowd gave the riders. The home crowd had big expectation for the Belgium team where Wout van Aert where the clear captain. Other strong teams where France, Denmark and Italy. For a long time, everything was going perfect for Belgium. They were in control and looked really good. Then the French superstar Alaphilippe attacked in one of the short steep climbs! He immediately gained meters and seconds. It took some time before the other teams reacted. Then a strong group formed with riders like Stuyven, Valgren, Poweless and Van Baarle. It was now clear the winner was either Alaphilippe or someone in the second group. Towards the final kilometres the Frenchmen knew he was going to be the world champion of 2021 and therefor defend his victory from 2020. What a fantastic achievement! The second group were still fighting for a medal, and it ended in sprint where Dylan Van Baarle took second and Valgren came third. Unfortunately for Belgium, Stuyven just missed out on the podium with a 4th place.

In the women’s event, Netherland were the big favourites with superstars like Marianne Voss and Annemiek Vleuten. However, there was also several other strong teams in this race. Among this was Italy, Denmark and USA. Towards the finish line it was clear that a mass sprint was going to settle this. We all expected Marianne Voss to win the sprint, but she was beaten on the finish line by Italy’s Elisa Balsamo. This was her first victory this season! 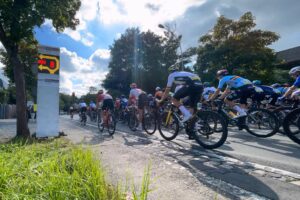 This was an amazing experience for Safe Cycling. Belgium sure know how to arrange a big cycling event! We had our safety signs out in the course the whole week, including some of the training sessions before the TT. It was a lot of early mornings and long days, but at the same time it was a pleasure to be part of such and incredible event. We hope our safety signs helped the riders being safe in the course. We are already looking forward to come back to Belgium. See you next year!