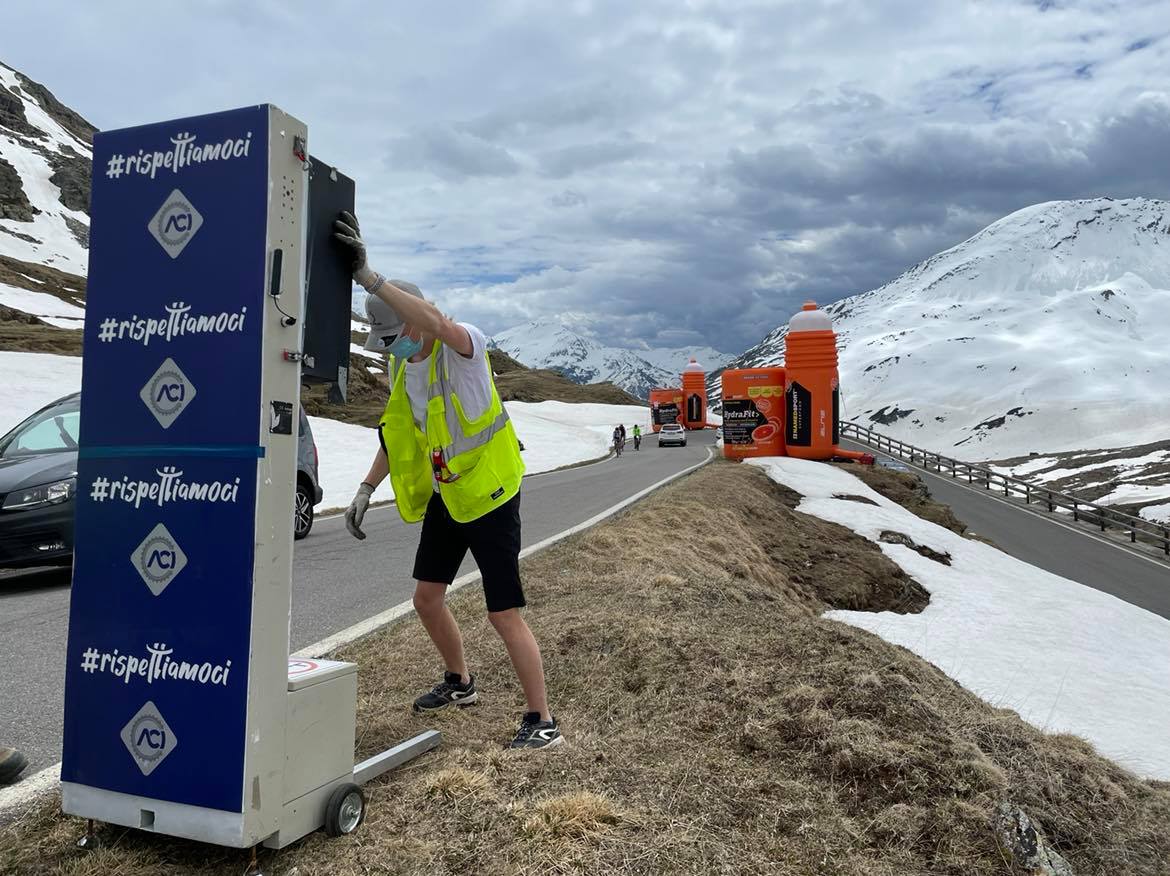 The Giro d’Italia is an annual multiple-stage bicycle race primarily held in Italy, while also starting in, or passing through, other countries. The first race was organized in 1909 to increase sales of the newspaper La Gazzetta dello Sport and is still run by a subsidiary of that paper’s owner. The race has been held annually since its first edition in 1909, except during the two world wars. As the Giro gained prominence and popularity the race was lengthened, and the peloton expanded from primarily Italian participation to riders from all over the world. The Giro is a UCI World Tour event, which means that the teams that compete in the race are mostly UCI WorldTeams, with some additional teams invited as “wild cards”. Along with the Tour de France and Vuelta a España, the Giro is one of cycling’s prestigious three-week-long Grand Tours. 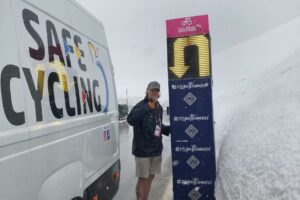 The Giro is usually held during May, sometimes continuing into early June. While the route changes each year, the format of the race stays the same, with at least two time trials, and a passage through the mountains of the Alps, including the Dolomites. Like the other Grand Tours, the modern editions of the Giro d’Italia normally consist of 21 stages over a 23 or 24-day period that includes two or three rest days. The rider with the lowest aggregate time is the leader of the general classification and wears the pink jersey. While the general classification gathers the most attention, stage wins are prestigious of themselves, and there are other contests held within the Giro: the points classification, the mountains classification for the climbers, young rider classification for the riders under the age of 25, and the team classification. 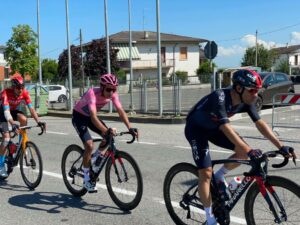 This year’s edition of the race was once again a special one. There were many exciting stages and several new mountains in the route. It was a race with several surprising victories that often came from the breakaway, which made it even more fun to watch. Although Bernal early marked himself as the big favorite to win overall, there was also some unexpected excitement here after some signs of weakness in the last week. In the end, he managed to secure the GC victory after an impressive Giro and a strong organized team in Ineos. Other impressive GC rankings where Caruso in second and the Norwegian Tobias Foss with an 9th finish in his first full grand tour. Caruso started the Giro as a helper in the team for captain Mikel Landa. After Landas crash and depature from the race in the first week, Caruso became the main man in the team, and he delivered exceptionally well. Other important results were Peter Sagan’s victory in the points classification, although some of his biggest opponents like Caleb Ewan and Nizzolo did not complete the tour. 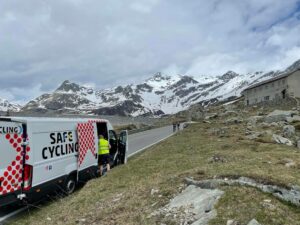 For Safe Cycling, this is of course one of the highlights of the season. We get to experience Italy and this fantastic race in a unique way. Our safety signs once again proved helpful for the race and organizer. We had around 400 positions for our safety signs during the race in all kinds of places and conditions. We really hope to be back next year and once again experience the amazing Giro d’Italia.