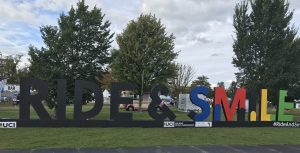 Great Britain, Yorkshire was the host country and region for UCI Road World Championships this year from September 22st -29th 2019. Very special sporting event for cyclists and spectators from all over the world. The Championships included a range of men’s and women’s races, across age groups from junior to elite, mixed team time trial and Para-cycling event running alongside the Championships, starting in different towns and cities throughout Yorkshire and each finishing in town of Harrogate. 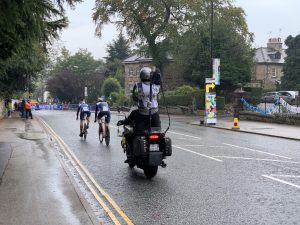 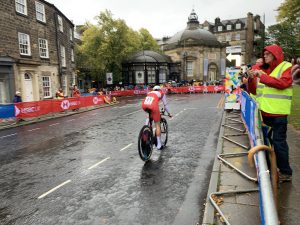 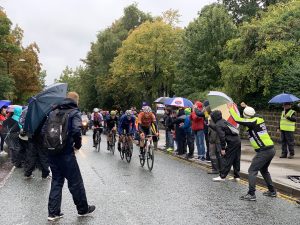 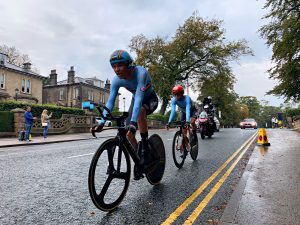 The biggest cycling event of the year started in September 21st, a day beofre the actual start of the championships, where Para-Cyclists competed in the first-ever Para-cycling event to be held alongside the UCI Road World Championships. This cycling event was act as a qualifier for the Tokyo 2020 Paralympic Games. As well, Great Britain had that honor to host and organize the first ever Team Time Trial Mixed Relay in the World Championships. Where three male and three female cyclists from each country, took on the 27.6km course. The three male riders set off first lap of the Harrogate circuit, once the second of the male riders crossed the finish line, the female riders then set off to take on their lap. Within these 9 days, many new champions were crowned and many exciting moments experienced every single day. All kinds of weather conditions riders had to experience, starting from sunny days to windy days and even flooded roads at some parts of the course. Great Britain’s weather didn’t disappointed  nobody! 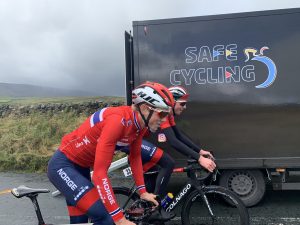 This was our first World Championship to be part of as independent company and the concept of the championships is different than other races during the season. We felt the pressure and responsibility every single day. But the pressure was different. It came from us and not from UCI or Local Organizing Committee. This has been one of our biggest dreams and goals, and being present at World Championships and realizing that we are actually there, made that pressure margin and stress level higher than ever. But we handled that very well and championships were one of our most successful races of the season, with no doubt. Feeling trust and believe from organizers by using our Safety Signs in every single island and some of the most dangerous turns in main lap in Herrogate, made ourselves very proud and happy. Daily communication with race organizers with mutual respect, advice and information exchanges, was most definitely the main key points be so successful with work that we did during those nine days. And again, many new learning and lessons taken from this race that will make us even better at what we do and will give us even more confidence for further work. 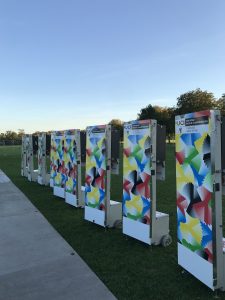