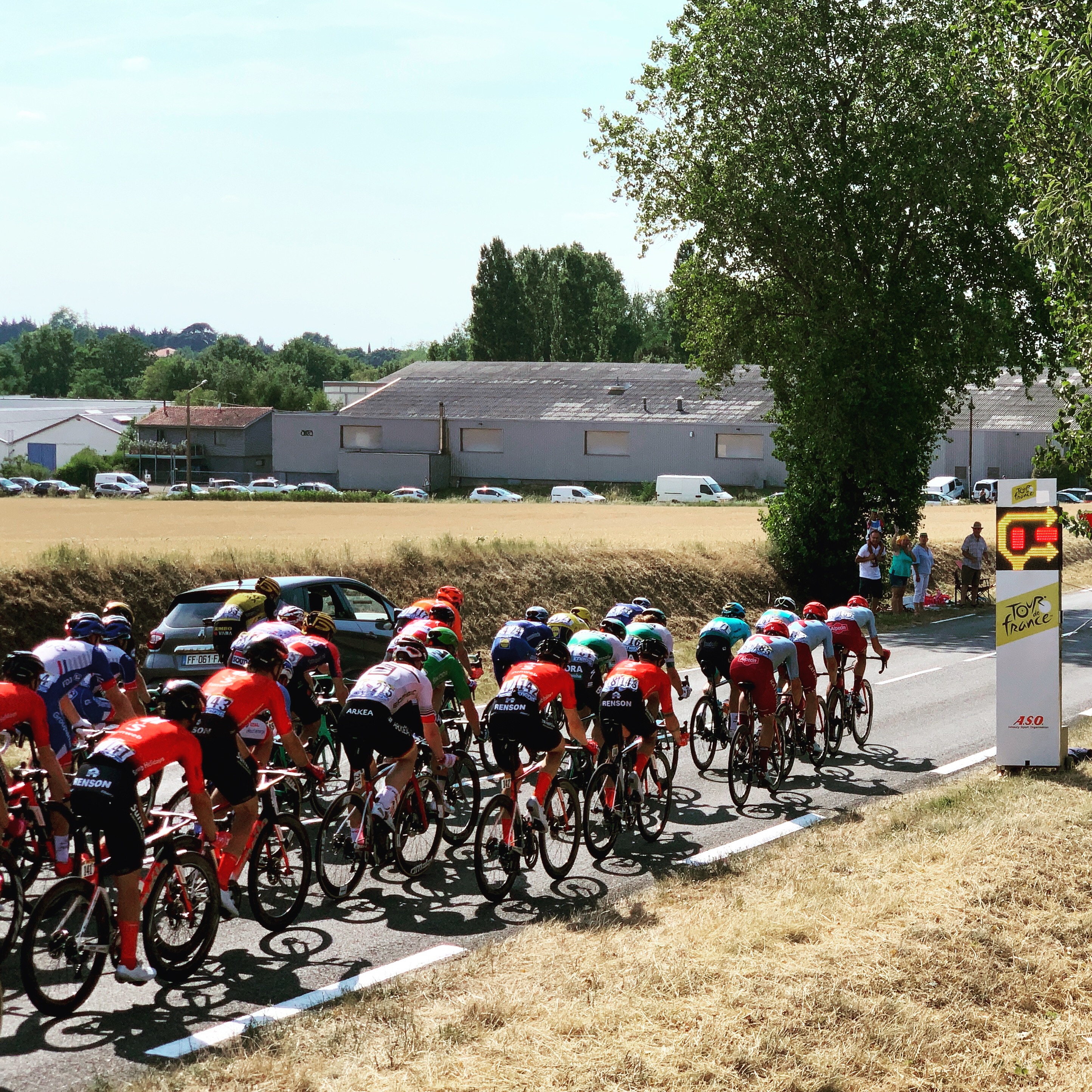 Very special and historical edition of Tour de France with celebration of the 100 years of the Yellow jersey, unforgettable route in total of 3480 km (21 stage) with 30 mountain passes, 10 to 12 million spectators by the roadside and tremendous start of the tour in one of the most beautiful cities in Europe – Brussels (Belgium) and finish of the tour in Paris, Champs-Elysee.

Big excitement for the local spectators was Julian Alaphilippes long period in yellow jersey where no one thought he would wear it for such a long time. But on Stage 19, the youngest winner of the Yellow jersey in the history of the race, Egan Bernal (Team Ineos) after three weeks of hard work and fighting together with his teammates, he took the Yellow jersey over from Julian Alaphilippe and kept it until the last stage in Paris. Colombian super-hero also was the best Young rider. As well, it’s worth mentioning Peters Sagans record of 7th Green jersey, where he had competition but no fight with others for green jersey. The gap between the closest competitor Caleb Ewans was 68 points, even he took three stage victories, it was still too short to show some solid competition to Peter Sagan.

Neither less special or historical the 2019 Tour de France was for Safe Cycling. This was our first Grand Tour race and the dream came true and turned into a reality faster than we expected. This is the race, that we have been dreaming and working for so hard to be part of. 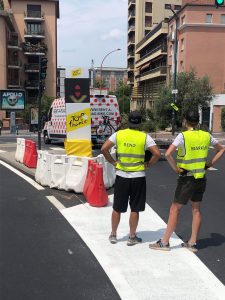 With the preparation process of several weeks and excitement that was in bodies and minds, we felt ready and prepared for the race. The dream became a reality at the moment, when we entered the course in the morning for the Stage 1 in Brussels, Belgium and when we saw the spectacular finish areas with a lot of spectators, waiting several hours to see their favorite athletes. 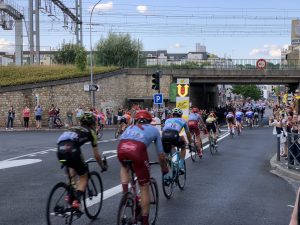 From the first moments, we could recognize the difference between Tour de France and any other race in the world. The major difference in one word, can be described as Safety. In this case, word – Safety, covers many aspects of the race, that spectator does not see on their TVs or pictures from preparation work to make this cycling event real and happening. Some interesting examples – roads are closed and prepared for the race much earlier than any other race. Cleaning cars preparing roads, several safety teams setting up the arrows, pillows, road warning signs, even concrete blocks in every stage on most of the streets that are crossing the route road and barriers starting from 2 km mark from the finish line. And all this, is being secured and controlled by the police in every crossing and corner and not by the volunteers. Every day, course had to be perfect and secured as much as possible and, of course, Safe Cycling safety signs were part of the daily safety procedures. 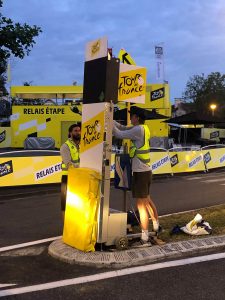 With very successful first two stages in Brussels, we gained confidence in ourselves, that this is the race for us and we can handle the pressure and responsibility. One of the major things, was fully understanding the timing and how important it is to be efficient with every single Safety Sign that we were using in the course. After first couple stages, we gained full trust from organizers, respect from spectators and most importantly, recognition from the riders. Being part of the tour, everyday was different and challenging for us. But good preparation and experience from other races, allowed us to handle different situations very professionally. 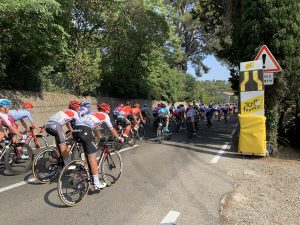 After entering mountain stages, we really started to get the taste of Tour de France even more. Spectacular landscapes, mountain tops and every possible hill was packed of spectators, cars, camping cars, tents and even big party tents. This years big surprise was local French rider Julian Alaphilippe, and his tremendous performance increased the local French people attendance, where 80% of spectators was French and 20% was foreign spectators. 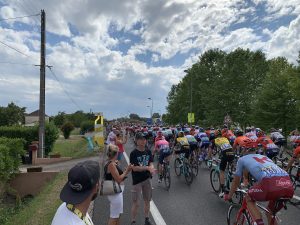 With a very successful Tour de France and hearing very positive feedback from organizers, we are very motivated to grow as a company and to develop even further with our safety signs. 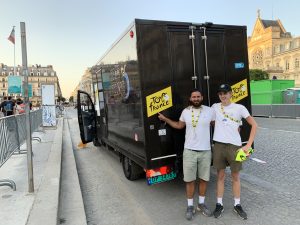